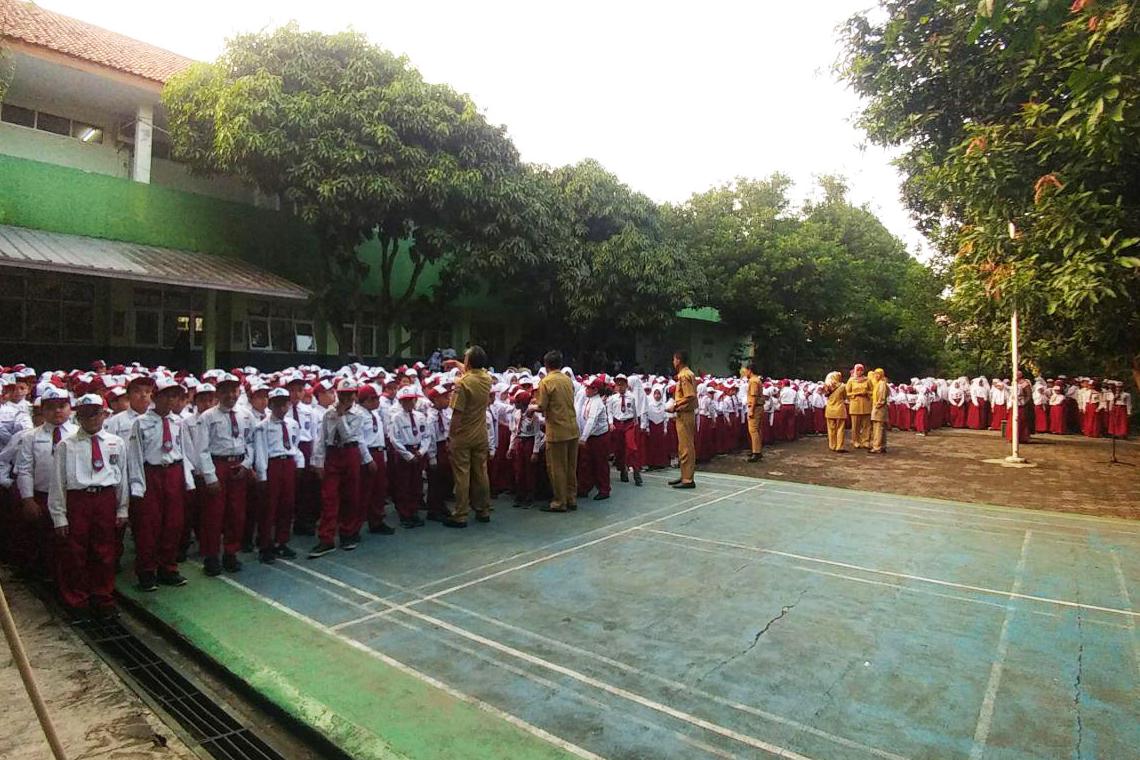 This article is translated from Indonesian. The original article was published in The Conversation Indonesia.

Although it has been in effect since 2017, the new school admission system, which uses proximity of a household to a school as the primary selection criteria, still raises polemics.

The new system, known as the school zoning policy, has drawn protests, especially from parents and students of the upper middle class who previously benefited from the achievement-based enrolment system. Parents feel that the school zoning system makes it difficult for them to enrol their children in school.

Some parents even camped out overnight at their desired school to ensure a seat for their children. They find that the previous enrolment system, which admits students based on their grades or national examination results, to be more favourable.

The school zoning policy obliges state schools to allocate a minimum of 90% of their seats for students whose houses are near the school. The remaining 10% are for students admitted based on their achievements and for transfer students. Just last week, the Ministry of Education and Culture (MoEC) changed the student quota policy to a minimum of 80% from the zone system, 15% from academic achievement, and 5% from transfer.

In the Regulation of Ministry of Education and Culture (Permendikbud) No. 17/2017, No. 14/2018, and No. 51/2018, MoEC argues that school zoning system aims to improve access to education in state schools, regardless of parental economic statuses. Education and Culture Minister Muhadjir Effendy said another goal of the school zoning policy is to eliminate the concept of “favourite school”.

MoEC considers the previous student enrolment system, which uses final grade as the basis for the admission selection, tends to admit students with relatively high academic achievements. Those students generally come from upper middle class families. Thus, students with low academic achievement, especially those who come from lower class families, has to go to private school or even risk dropping out of school.

In other words, well-off families have mostly enjoyed the relatively better quality state schools. Meanwhile, students from the less fortunate families who are unable to attend state schools has to go to low-quality private schools. This injustice in access to education is the issue that the government is trying to tackle by instituting the school zoning policy.

To observe the initial impact of the school zoning system, since August 2018 I have been involved in RISE (Research on Improving Systems of Education) Programme in Indonesia, in collaboration with the Yogyakarta City Government, to conduct studies in forty-six state and private junior secondary schools in the city. Our preliminary findings show that the zoning-based student admission system in Yogyakarta has an impact not only on the characteristics of the admitted students but also on the learning process in the classroom.

The new cohorts, who are admitted through the school zoning system, indeed live closer to the state schools than those admitted from the achievement-based system. However, the former have a lower and a more diverse academic achievement compared to the latter. This change in student composition forces teachers in state schools to adapt quickly.

The problem is, improving teacher’s skills to meet such condition takes time; it cannot be done in a short period. Consequently, learning process in the classroom would be less optimal due to the sudden change of student composition.

In addition to teachers, students are also challenged with the more heterogeneous composition. Students who are slow learners will potentially be fall behind from their peers; they can also become unmotivated in learning. On the contrary, high-achieving students can lose motivation if they are not presented with the appropriate challenges.

The MoEC’s intention to improve access to education services is fundamentally good, but it should be followed with the appropriate policies. On one side, to execute the school zoning system after equity in education is attained would be overlong. Bu then, enforcing the policy without careful preparation is also problematic.

To improve equity in education through school zoning, the government should carry out the policy in stages and provide support needed by teachers, such as training and appropriate learning instrument. Moreover, evenly improving the quality of education can be exercised by recruiting, training, and deploying quality teachers in substandard schools.

Take Jakarta for an example. The capital city has nothing against the “favourite school” reputation, which the state hopes to eliminate by implementing the school zoning system. Thus, Jakarta adopted the policy, but not without adjusting it to their preference; it set a different percentage quota than that of specified by the national regulation. Similar to Jakarta, The City of Yogyakarta, which adopted school zoning system in 2018, also decided to evaluate its implementation. In 2019, Yogyakarta re-applied the achievement-based system in addition to the zoning system to accommodate parents’ aspiration.

Even though the MoEC said they would impose sanction on local governments who do not comply with the school zoning policy, in reality, such a threat would not have much effect on the districts. The reasons are, first, regional heads who openly oppose the policy would simply ignore it; second, budget sanction would unlikely to be effective since large portion of the education budget comes from General Allocation Fund (DAU) which must be allocated every year.