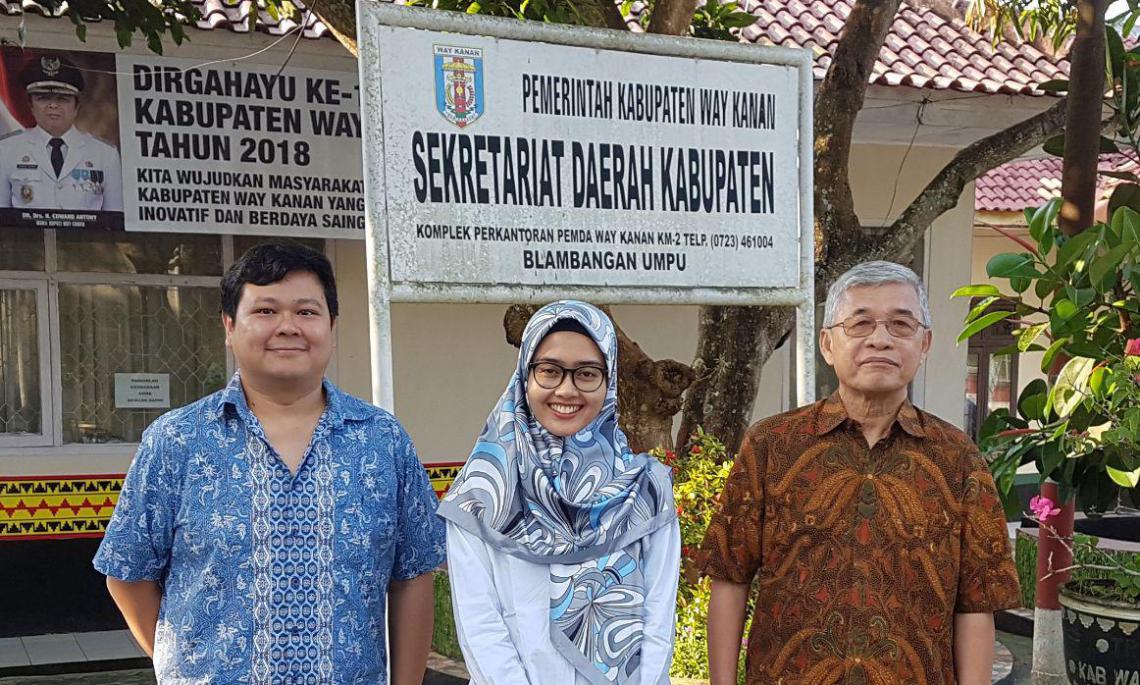 After conducting telephone surveys and media-tracking to record the results of learning and education innovations in regions across Indonesia, RISE team selected four districts as candidates for the Reform Area B learning laboratories. The first area is Way Kanan District in Lampung Province.

Way Kanan with the capital city of Blambangan Umpu is one of the districts located in the northern part of Lampung Province. In this district with around 90,000 students attending school, the performance of education over the past few years has experienced a significant increase. This is reflected in the district’s 2017 National Examination (UN) results for junior secondary level, which is close to national average. 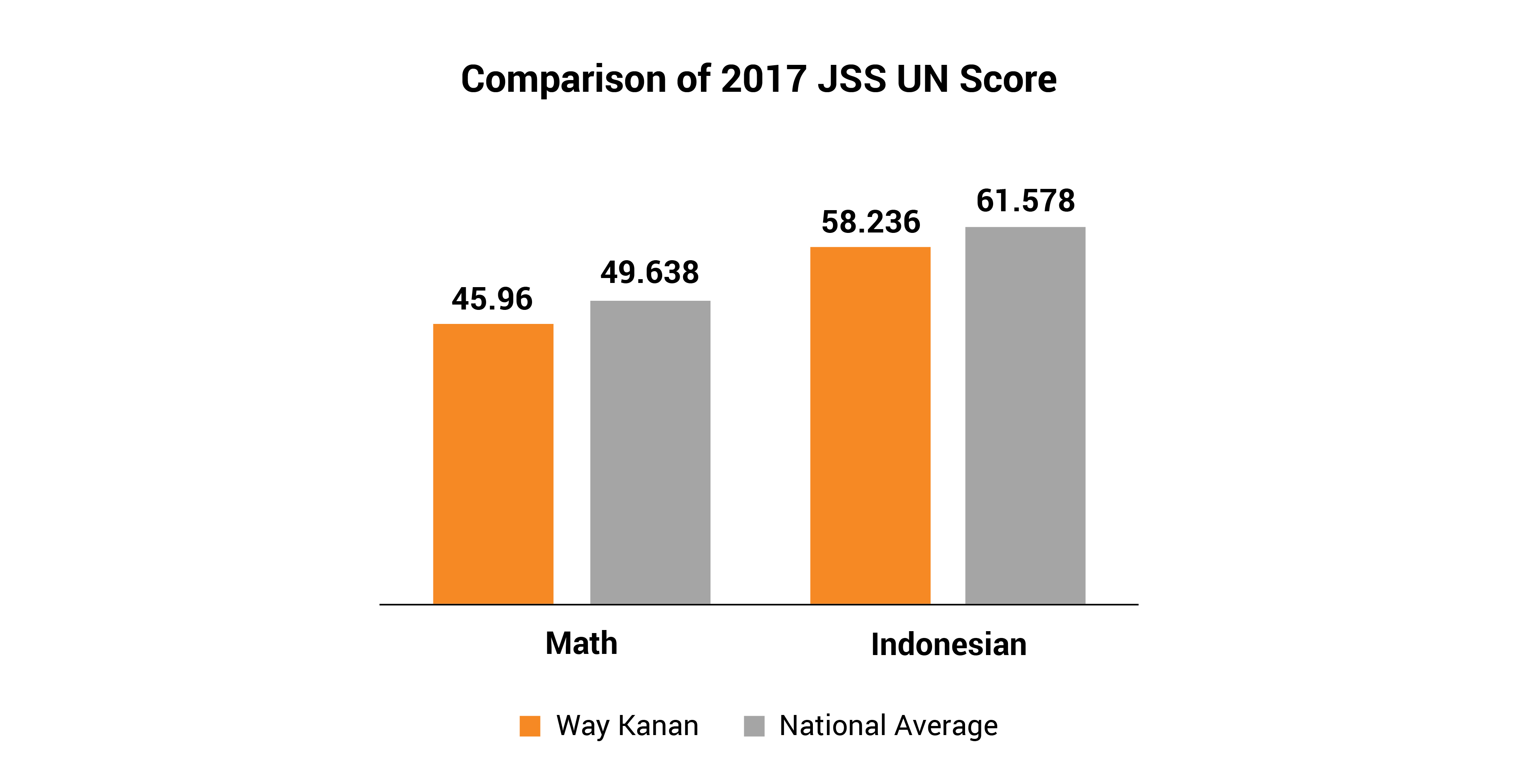 The results of telephone surveys and media-tracking indicated that Way Kanan has made several education innovations: increasing teacher competence through training programmes, efforts to even (the number of) teachers, building village libraries, and green schools. In running training programmes to improve teacher competence, Way Kanan worked with the University of Lampung (Unila) and the Sumatra Institute of Technology (Itera). Some favourite schools have felt the positive impact of the training programmes attended by at least 50% of teachers in the District. By considering Way Kanan as a district with great education potential, RISE hoped to explore collaboration with Way Kanan District Government.

From 30 April to 3 May 2018 RISE Programme in Indonesia (RISE) team held hearings in Way Kanan. On the first day's visit, RISE team was welcomed by the Regent of Way Kanan, H. Raden Adipati Surya, S.H., M.M. He supported RISE’s efforts to understand the complete picture of education in Way Kanan through objective research.

In addition to meeting with the Regent, to better understand the condition and dynamics of education in Way Kanan, RISE team also conducted hearings with various related parties, such as the regional secretary, the head of the education agency, the head of the Regional Development Planning Agency (Bappeda), the head of environment agency, secretary of health agency, and a member of Way Kanan’s Regional Representative Council (DPRD). RISE team also made a visit to the Tujuh Belas Foundation Junior Secondary/Vocational School and Unila in Bandar Lampung. The visit to Unila was intended to obtain overview of the condition of education in Way Kanan from parties outside the District. 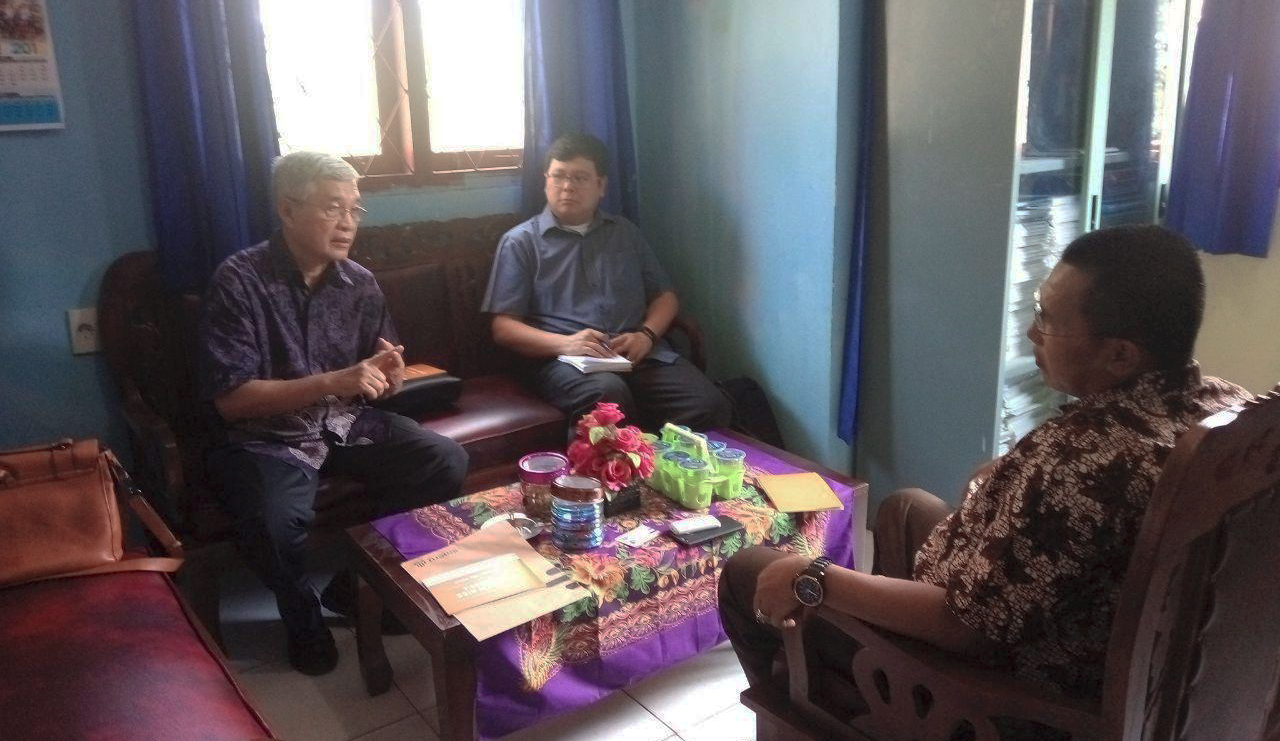 Syaikhu and Daniel explained about RISE and the Reform Area B study plan to Hendra, Chairperson of Commission D DPRD Way Kanan. | Photo: Mirza A. Izati 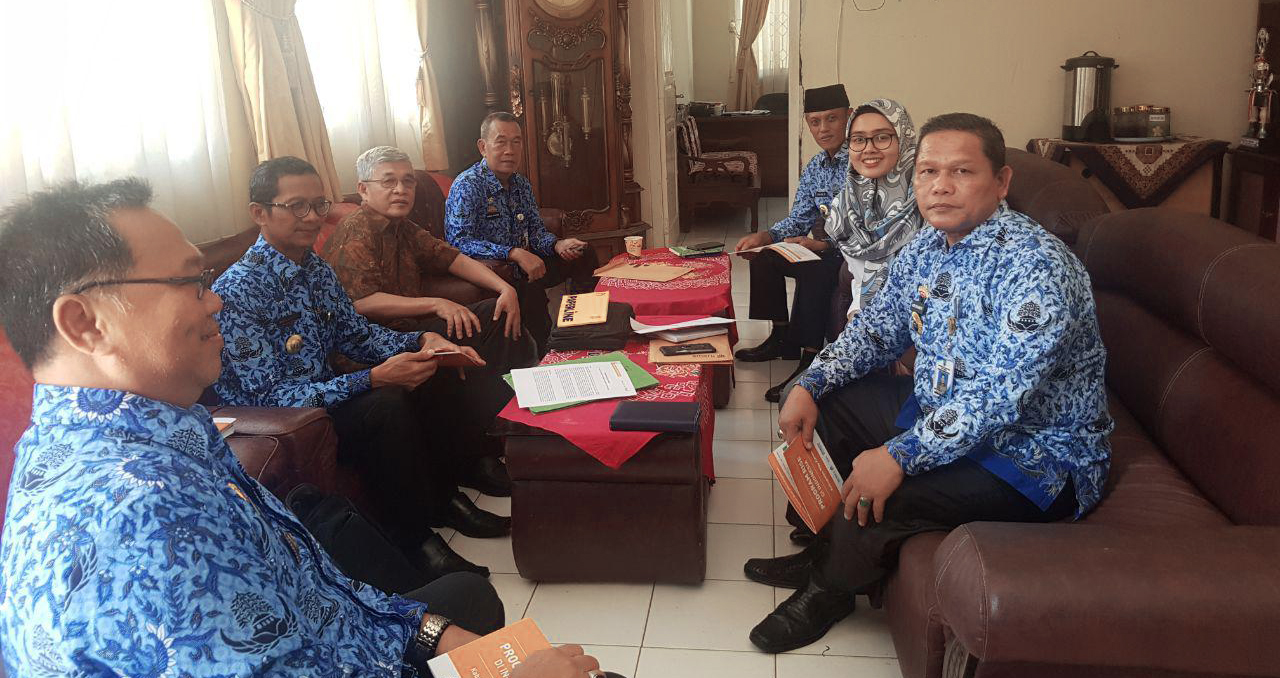 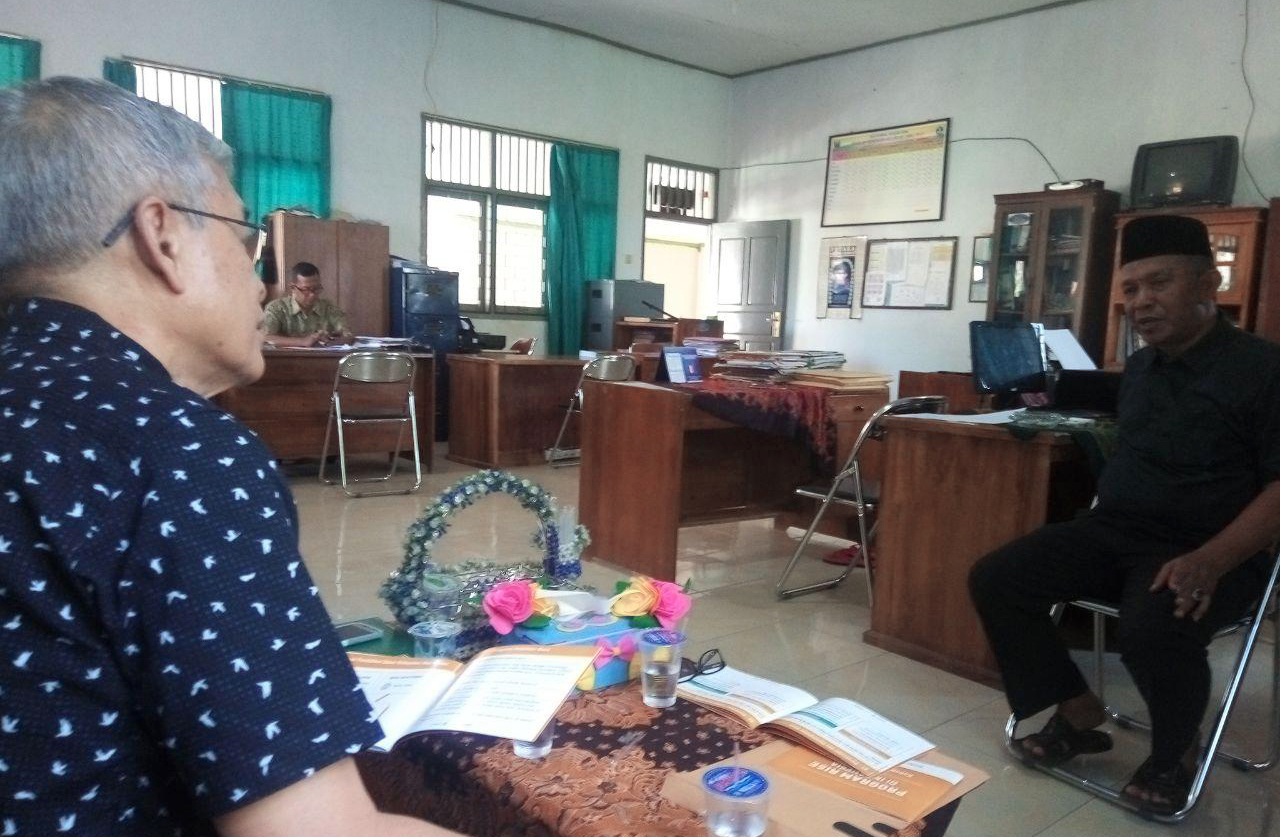 The RISE team during discussion with the Principal of SMK 17, H. Basyir (right). Both parties also talked about the various challenges related to the quality and motivation of teachers, as well as education programs that were running in Way Kanan. | Photo: Mirza A. Izati 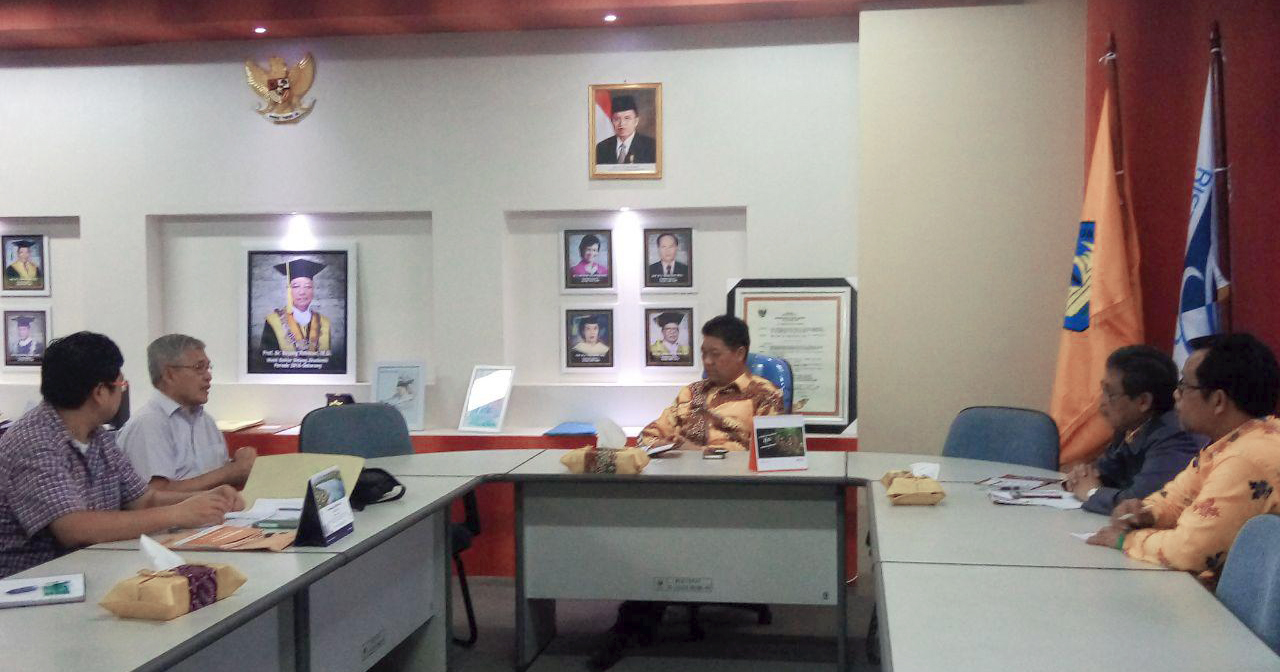 Vice Rector for Academic Affairs of Unila, Prof. Dr. Bujang Rahman (centre) explained about the potentials as well as the challenges that Way Kanan has as a learning laboratory. | Photo: Mirza A. Izati 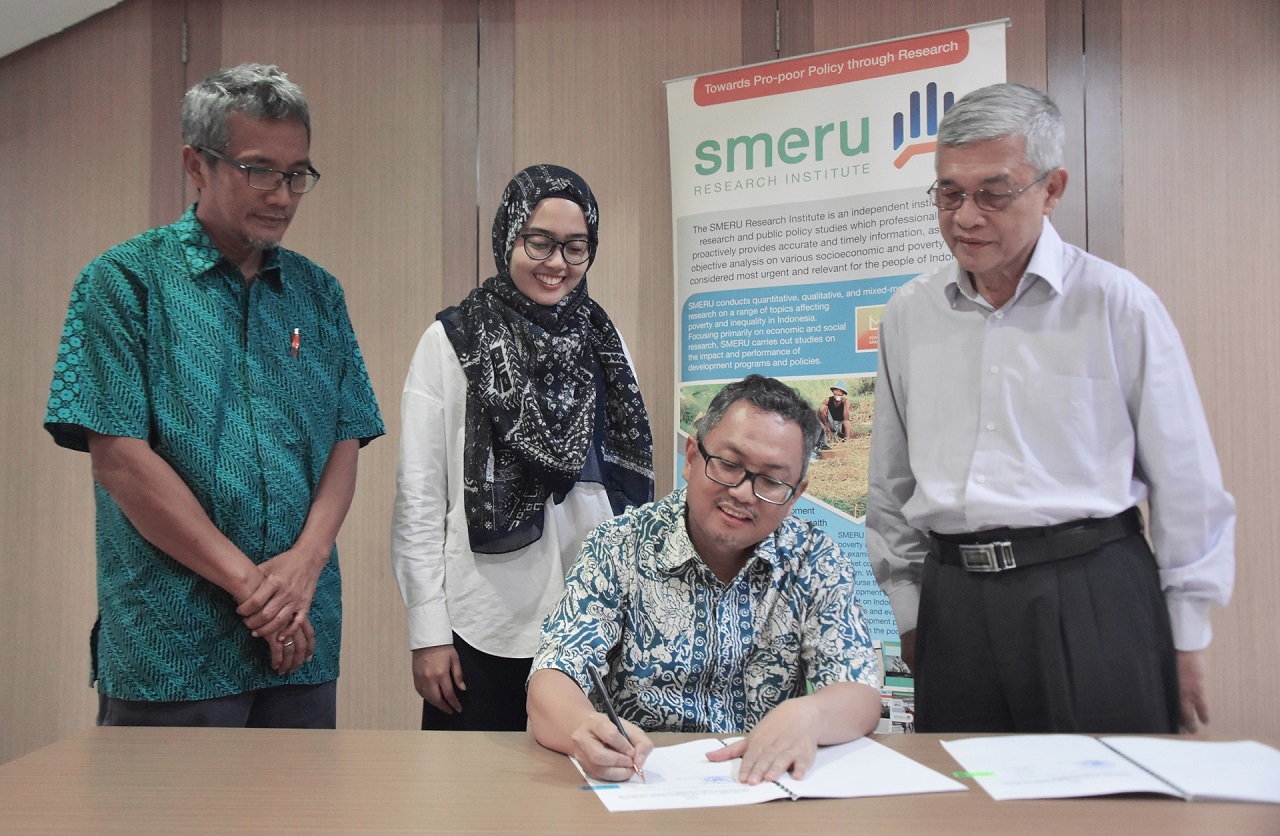 The signing of memorandum of understanding (MoU) on collaboration between RISE and the Way Kanan District Government in Jakarta, represented by Dr. Asep Suryahadi (Director of SMERU/Chair of the Steering Committee of RISE Programme in Indonesia) and witnessed by representatives of the RISE team (Sudarno Sumarto, Mirza A. Izati, and Syaikhu Usman). | Photo: Tony Liong

From 30 July to 8 August 2018 the RISE team again visited Way Kanan to conduct learning diagnosis to find obstacles and various education potentials in the District. The results of this learning diagnosis will determine the direction of RISE’s future research in Way Kanan.