Stories from Contract Teachers: Teaching Experience and What They Do to Securing a Civil Servant Status 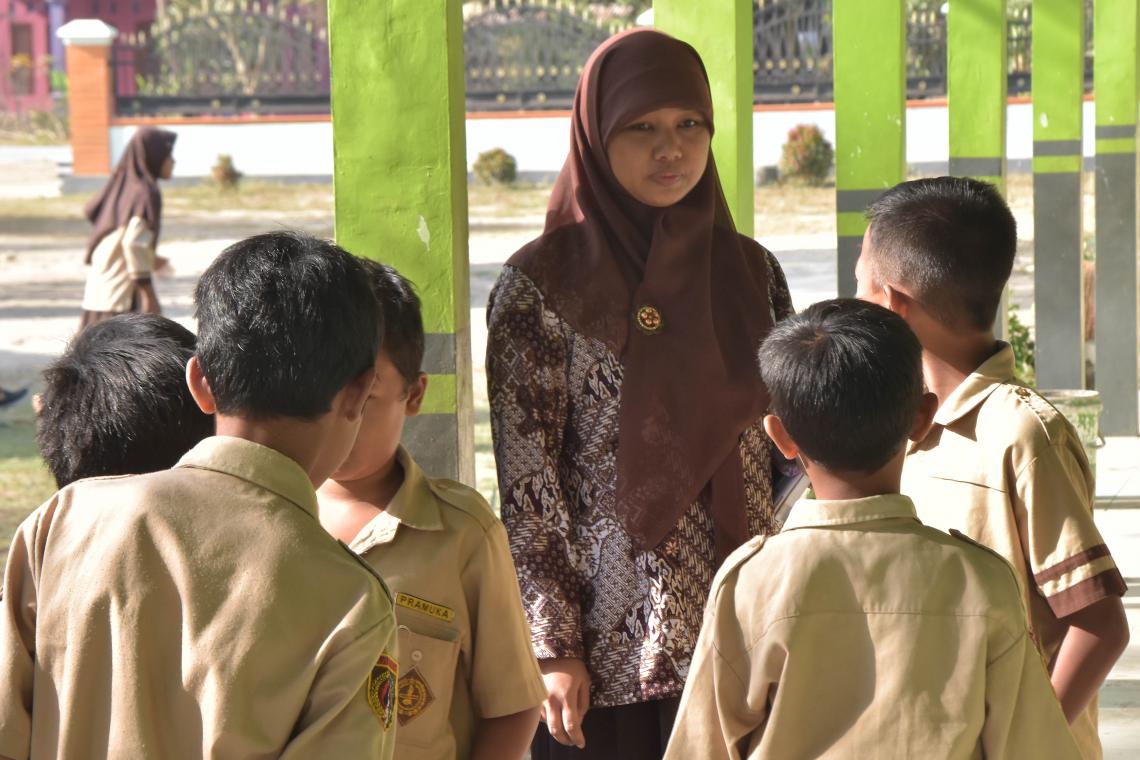 Learn more about the contract/honorary teacher status under the Government Regulation on The Complications of Contract Teacher Status.

Below are stories from two contract teachers on how they got their teaching job and the process that they have to go through in realising the hope of someday becoming a civil servant.

Ms Safira graduated from the Diploma Programme (D-2) of Primary School Teacher Education (PGSD), Padang State University in 2006. That same year, she heard from a friend that a public primary school in Bukittinggi was opening vacancy for a contract teacher position. She then came to the school to ask directly about the vacancy. She handed over her application and was interviewed by the school principal and vice principal. The next day, she was asked to teach Grade 3 immediately because teacher position for that class was vacant.

In 2011, Ms Safira continued her education at Padang State University to get a bachelor’s degree; she graduated in 2014. Since she did not meet the K1 and K2 honorary worker criteria, Ms Safira took the general track to become a civil servant. She had taken the civil servant enrolment test four times; three times when she had her diploma and one time after she had gotten her undergraduate degree. In 2018, Ms Safira initially wanted to take another civil servant enrolment test, but had to pull out because she was two months over the maximum age requirement (35) at the time the registration was opened. When we met her, she said she was waiting for the government to announce the recruitment of Pegawai Pemerintah dengan Perjanjian Kerja (PPPK) or contract-based government employees, so that she could leave her status as a contract teacher.

During her time as a contract teacher, Ms Safira said she had not encounter any significant obstacles. Based on her experience, teaching hours for contract and civil servant teachers are the same; 8 hours every Monday to Thursday, five hours on Friday and Saturday. Contract teachers also often get extra assignments in addition to their routine teaching schedule, such as accompanying students in extracurricular activities, both at the school and outside of school, including going out of town.

Ms Susi earned her bachelor’s degree from the Primary School Teacher Education (PGSD) in 2016. As she recalled, mechanisms for teacher placement or information on teacher recruitment by schools were non-existent. PGSD graduates from Ms Susi’s college had to look by themselves for information on schools that were opening vacancies for teachers. Most of Ms Susi’s friends eventually got teaching jobs in private schools. Ms Susi chose not to apply to private schools because there were already too many applicants, so she thought that her chances of getting a teaching job at a private school were quite small. She decided to become a contract teacher at a public school.

Since she did not have any information on teacher needs in public schools, Ms Susi then aggressively sent applications to public schools. She did that until 2018, when one of the schools in Kebumen, which happened to be in need of a teacher, took her application letter. Ms Susi said that at the time, she was the only one who had sent application to the school, so she got accepted immediately without a selection.

* Respondents’ names are disguised to protect the confidentiality of identity.