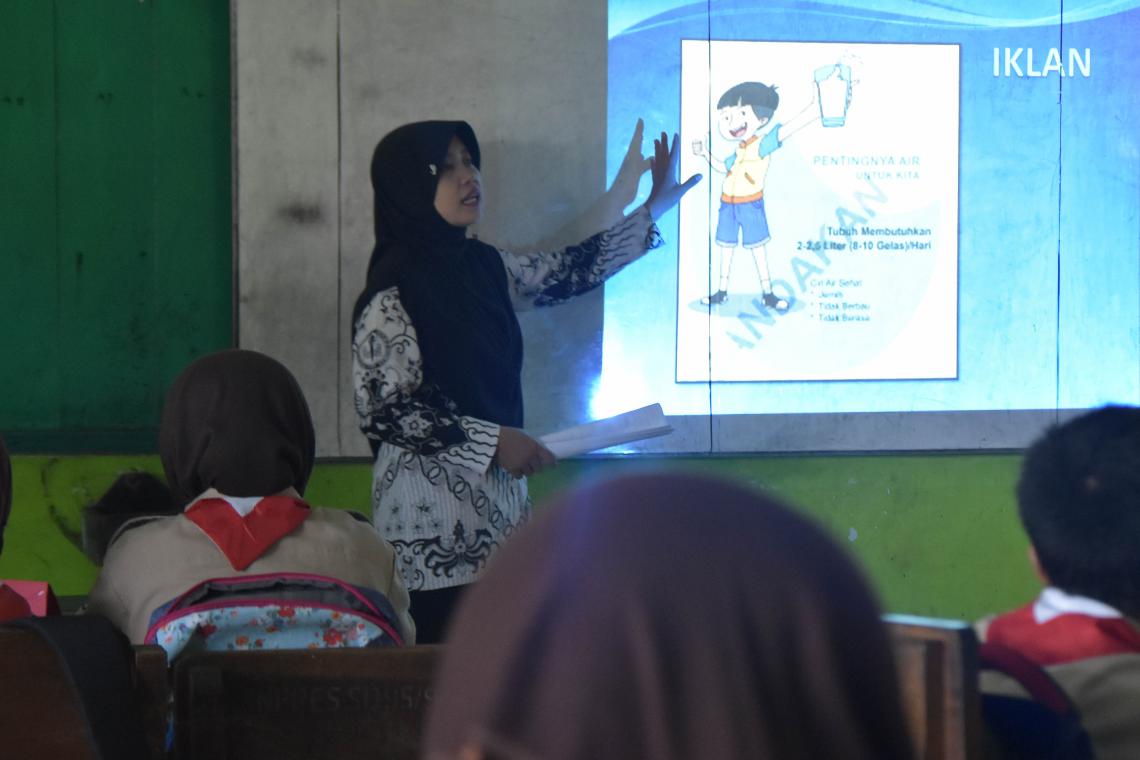 In 2005, the central government issued Peraturan Pemerintah (PP) or Government Regulation No. 48 on the Promotion of Honorary Workers to Become Probationary Civil Servants. The Regulation specified that honorary workers with certain age and years of service could be promoted as calon pegawai negeri sipil (CPNS) or prospective civil servants. The issuance of the Regulation was meant to meet the vacant position of certain workers in local government agencies, and that it would not conflict with other regulations. The promotion of contract workers to become prospective civil servants was carried out through administrative selection and their salaries was financed by the state budget (Anggaran Pendapatan dan Belanja Negara or APBN) or regional budgets (Anggaran Pendapatan dan Belanja Daerah or APBD).

In 2006, before taking the civil servant enrolment test, Mr Hamid joined a contract teacher programme in Malaysia. He wanted to go abroad to be more fluent in English.

In 2008, however, Mr Hamid’s parents asked him to come home to Indonesia to participate in the civil servant enrolment test, which at the time was opening many vacancies. Mr Hamid then filed a leave to his programme manager so he could go back to his hometown. It turned out that Mr Hamid was not the only contract teacher from Indonesia who went home; most of them did.

As Mr Hamid recalled, there were variances in applying for a contract teacher job and a civil servant position, such as on the place of enrolment and selection. Mr Hamid enrolled in the contract teacher position at the Lembaga Penjamin Mutu Pendidikan (LPMP) or Institute for Education Quality Assurance Padang at the campus of Padang State University. Registration for the 2008 civil servant enrolment test, meanwhile, was done at the intended region.

Another variation was on the selection stages. When enrolling for the contract teacher position, Mr Hamid had to go through several tests: written test, interview, and teaching practice. Meanwhile, when taking the 2008 civil servant enrolment test, Mr Hamid only took an online written test without going through the stages of interview and teaching practice. The important thing was, according to Mr Hamid, both selection processes were free of charge.

Ms Indah was a graduate of Pendidikan Guru Agama (PGA) or Religious Studies Teacher Education Programme (equivalent to senior secondary school). She first worked as a teacher in 1983 by becoming a scout extracurricular teacher at a madrasah ibtidaiah (MI) or Islamic primary school in Kebumen. She undertook the job while finishing her PGA education.

In 1985, Ms Indah got an offer to fill a vacant teaching position at MI. She was asked to come to the school, bring her diploma, and apply as a classroom teacher. Ms Indah recalled that she did not take any test and that she was the only person applying for the position. She then became a permanent teacher hired by the foundation of MI Sidomoro. In 1989, after getting married and having a child, Ms Indah had to quit her job. She went back to work a few years later when the school principal of other MI in Kebumen asked her to teach there after Ms Indah’s child was in school age.

Between 1998 and 2000, Ms Indah participated in a free education programme from the Ministry of Religious Affairs to continue her education in a Diploma Programme (D-2), with a focus on teacher education. In 2003, Ms Indah applied for the position of auxiliary teacher at Public Primary School in Kebumen. She learned about the information on the auxiliary teacher selection from the Kebumen Education Agency. The selection test was held at the Agency’s office.

The minimum requirement to enrol as an auxiliary teacher at the time was to have D-2 degree on Classroom Teacher Education. The selection process was similar to the civil servant enrolment test: tests of general knowledge and nationality in written and multiple choice forms. There was no interview or microteaching tests. After passing the selection process, Ms Indah was appointed as an auxiliary teacher at the Public Primary School in Kebumen.

In 2006, Ms Indah wanted to take the civil servant enrolment test but was blocked by the Government Regulation No. 48 on the Promotion of Honorary Workers to Become Probationary Civil Servants. Ms Indah was over 35 years old at the time, and she could not be appointed as a civil servant because her years of service was less than five years. Her years of service in MI, sadly, was excluded from the prospective civil servant filing requirement. What counted was her work as an auxiliary teacher, which at the time had only been three years.

In 2008, Ms Indah again tried to enrol for a civil servant teacher position through the filing track. In the previous year, the government issued Government Regulation No. 43/2007 on the Amendment of PP No. 48/2005. Regulation No. 43/2007 Article 3 Act 2 stated that honorary workers who have worked for a minimum of one year continuously will be prioritised to be promoted as prospective civil servants. After becoming a prospective civil servant, Ms Indah was assigned at one of Public Primary Schools in Kebumen, which is located rather far from where she lives. Every day she has to travel for about one hour to school on a motorcycle.

* Respondents’ names are disguised to protect the confidentiality of identity.