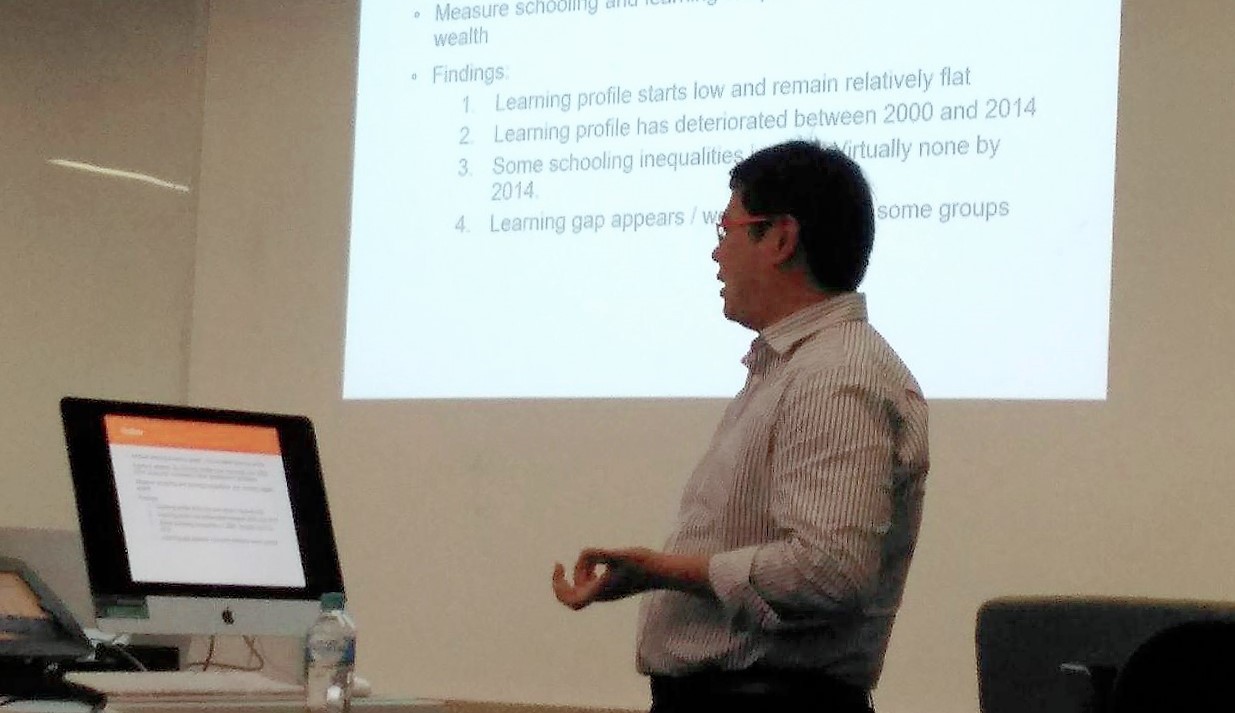 Indonesia has been successful in increasing access to schooling. Primary school completion is practically universal, and the gap in grade nine completion rates between children from the poorest 20 percent of households and the richest  20 percent has declined from 50 percentage points to 30 percentage points between 1993 and 2009. The gap in grade 12 completion rates, while still large, has also narrowed. In this presentation, Daniel focuses on the learning gap, specifically in mathematics, using a nationally representative longitudinal data that spans 14 years. In addition to measuring the gap between children from different socioeconomic backgrounds, Daniel also considers the gap between males and females, and between different regions in Indonesia.